I seldom write film review, even though I pirated and watched lots of film, mostly because I am lazy, but more often than not I only talk about film than I can reflect upon my own life, like “Rain man” for example. 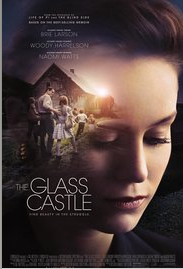 The rating was mediocre but I love it because I can relate to the protagonist feeling about her alcoholic father. If an alcoholic can manage to get a family, you can be sure that he/she is very charming when given enough liquor to function. Really, an unattractive alcoholic can only end up in a grave or a prison cell alone, no one would come near them. A charming and family alcoholic man on the other hand, is a roller coaster ride of emotion. He can give you hope that never materialize. He can give you joy that immediately follow by sadness. He can make you feel safe, only to terrifies you himself moment later. And he is never never reliable.

The film was based on a memoir of a famous writer, so it’s good source material. And the acting was superb. Man! If it was up to me I would award an Oscar for both leading actor and actress. Even though her screen time was limited, Brie Larson did a good job in the film. She has already kick Jennifer Lawrence out of my heart, and only rival with Emma Watson. I will be sure to follow her films in the future. The lead actor has been twice nominated for Oscar but never won. He did a good job in this film, I hope it can be his time to shine.

And finally I’m always bias toward film that I can relate to my own life but this film was really a good watch.